People should always be used when a collective noun referring to the entirety of a group or nation (i.e., "the French People") is called for. For references to groups of a specific or general number, either people or persons may be used. However, modern style guides tend to prefer people where earlier guides preferred persons, especially for countable groups.

There are few things in the English language more vexatious and bedeviling than two words which mean almost the same thing, especially if they are similar in appearance. The seeming luxury of having multiple words to choose from is not sufficient to offset the lingering fear that no matter which word you pick it will be the wrong one, causing people to silently laugh at you and judge both you and your grammar school teachers. So when presented with the choice of people or persons to describe a multitude of humans, many people begin to chew their fingernails in nervous agitation. Is there a simple explanation for which one to use?

Not really, but simple explanations aren’t all they’re cracked up to be, so keep reading. 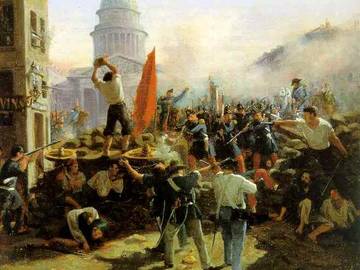 When a collective noun is called for (to refer, for instance, to the members of an entire nation) the appropriate word will always be 'people' ("the French people").

Many usage guides over the years have suggested that there is a clear distinction between these two words; people is used when referring to a collective group or indeterminate number, and persons serves better when referring to individuals (or a number of individuals). There are many instances in which this difference may be observed, often when the two words are side by side.

That universal chearfulness which is the lot of some people, persons that you and I may envy at the same time that we despise, is all worth all that either fortune or nature can bestow.
—William Shenstone, Works, Letter, 27 Feb. 1753

Origins of People vs Persons

Both words may be traced to Latin roots: people comes from populus (“the people”), and person from persona (“mask [especially one worn by an actor], actor, person”). We have been quibbling about which one we should choose since at least the eighteenth century.

The word people, is so very general, that it cannot be connected with a determinate number; as for instance, four, five, or six people; but that of persons may.

To be pleasant at table, none should be admitted but people of good humour: neither should there be more than seven or eight persons.
—John Trusler Distinction between Words esteemed Synonymous in the English Language, 1776

The objections to using people as a plural of person have shifted over the centuries. George Crabb, writing in the early 19th century, offered a slightly class-conscious rationale for why people should be avoided:

As the term people is employed to designate the promiscuous multitude, it has acquired a certain meanness of acceptation which makes it less suitable than the word persons, when people of respectability are referred to.
George Crabb, English Synonyms Explained, 1818

Matters of respectability aside, the more common dictum until recently was that people should be avoided when referring to any specific or general number of individuals.

people: Where individual persons, or a number of such, are intended, this word should be discarded in favor of persons.
—Frank Vizetelly, A Desk-Book of Errors in English, 1920

The fourth edition of Strunk and White’s The Elements of Style still contains a cautionary note on not using people in this circumstance: “The word people is best not used with words of number, in place of persons. If of ‘six people’ five went away, how many ‘people’ would be left? Answer: one people.”

However, in the last few decades the trend has been very much in favor of people, rather than persons. The AP Stylebook flatly states “The word people is preferred to persons in all plural uses.” And The New York Times Manual of Style and Usage now also states “Use people as the plural of person,” although they add that persons may still be used in certain settings (“letters to the editor, in untranslated texts, in direct quotations and in a few established idioms like displaced persons and missing persons bureau”).

Persons tends to still be found in some formalized settings, such as legal writing, or when a writer wishes to appear extra fancy. But the tide of opinion has shifted enough that you should feel comfortable using people in most cases where you have a choice. And if your ear tells you that persons would work better, there are still enough writers who use this word that your choice will likely not be looked at askance. It should be remembered, however, that when a collective noun is called for (to refer, for instance, to the members of an entire nation) people is the appropriate word (“the French people”). 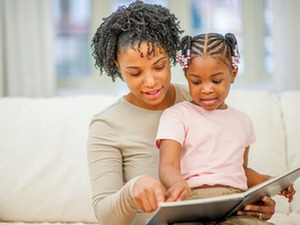 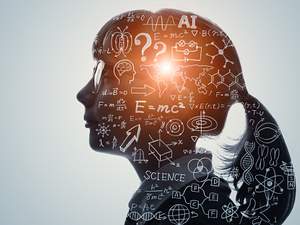